We have had a lot of conversations throughout the first part of this semester and all of them were very interesting and useful for everyday life.  Since we are only allowed to choose one take away from this course, I decided to find an image about ‘Male Gaze’.  My biggest take away from this class was when we had our conversation about gaze.  In this image it is showing two men looking at a woman from behind and then one man standing in front of her, which I assume is also gazing at her.  In this image there is a caption explaining that whoever is the one gazing is a much more superior person than the person who is being gazed at.  After selecting the image I thought about how this can mean something to me and when I came to a conclusion, I decided that it means, gazing is occurring all the time throughout the world.  The image I chose is a great example of what actually happens when there is a group of men together in public and a pretty woman walks by. Men have a tendency to stare at woman if they have, what they think, a good looking body. I hope that after posting this blog others can take away from this that it is not okay to be the superior person because in my opinion I believe that it is invading someone’s privacy even if there is no contact involved. Everyone keep their eyes to themselves!

One example that excuses social media companies from liability towards people who post horrific captions and/or comments on their platform is the Section 230 of the Communications Decency Act.  This act, which was passed in 1996, states that an “interactive computer service” can’t be treated as the publisher or speaker of third-party content.  This means, if someone decided to log on to a social media platform to post something hurtful towards another person then the company, where the post was posted, is not liable for whatever that person chose to say.  Section 230 also states that companies are able to remove posts that they deem are necessary to remove, but they are not required to take down any posts that have hatred involved because the company will be protected by Section 230, stating they are not liable to any of those posts.

Gilespie’s title, “The Myth of a Neutral Platform”, refers to a myth that social media platforms are this “safe space” where no matter how you look, talk, or what your views are, you will be accepted on social media.  Why is this a myth?  It is a myth because of the amount of illegal stuff people are able to get away with through social media, for example, harassment towards others.  “It can be hard to deal with or pick out negative ads because authors are often protected under “freedom of speech”” (Dan and Patrick).  Even though we as a world have made massive strides in social media advancements, there are also many more rules and regulations that still need to be put in place so that we can have a cleaner and safer internet for everybody.

Internet trolling is occuring everywhere and is always making an impact on a certain group of people that the trolls may be trying to attack.  According to Tim Wu from the reading he describes trolling as “the speech control techniques, which seek to humiliate, harass, discourage, and even destroy targeted users with personal threats, embarrassment, and ruining of their reputations.” (Wu 560)  One example of trolling that I found was when someone created fake scam emails that were sent out to people requesting for their personal information.  The scam was created so that the hackers can get your logon banking details, or access to an account that contains credit card information.  Below is an example of what the scam email looked like that was sent out for information. 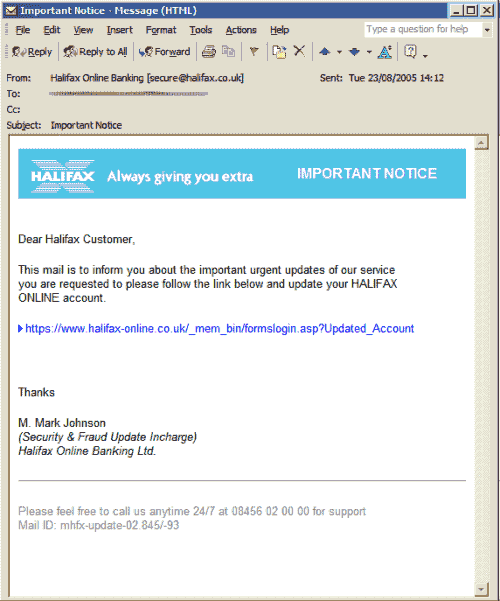 According to Tim Wu flooding the internet is described as, “these techniques depend on the idea of generating a sufficient volume of information to drown out disfavored speech, or at least dissorting the sense of how much support any given view has.” (Wu 565)  Flooding is something that trolls are going to do so that they can make a certain group not think about a topic, by “flooding” them with other news.  One example that I found was about the Russian trolls flooding the United states with news that they know will cause tension between us.

Finally, after reading over the slides I clicked on the links that lead me to the rules of twitter and facebook about what can and cannot be shared within the sites.  I agree with how the two platforms are handling the internet trolling situation because since they put these regulations and safety rules in it restricts people who are trying to throw shade at a certain target.  It is obvious to completely stop all of this at once because there will always be someone in the world who is a step ahead of everyone, but I do believe what the slides said is the best option moving forward.

Advertisements throughout the past couple decades have evolved immensely in different ways that people can have never imagined. When I first think about advertising, I think about the super bowl commercials that occur every year which provide the most revenue out of any sporting event advertisements. These ads are not remembered because of the brand that the product is but because of how the company portrays that certain product. For example, Doritos chips are known for having some of the best commercials in Super Bowl history because of the humor that they provide within each commercial. A couple of advertisements that Doritos has done so far are….

These two commercials are most eye opening to the viewer because of the humor that is involved in both of them.  As you can see each ad does not have much information about their product, instead they want to make it humorous and enjoyable so that you go back and watch it again which makes more money for the company.  With that being said, advertisements play a huge role in the amount of money that a company is going to bring in during the year and there are many different strategies on how to advertise your product.

Throughout the past month or so we as a whole world have been experiencing something that no one could have ever predicted.  The Coronavirus (COVID-19) has become one of the biggest pandemics the world has ever seen and this virus has done nothing but bad things to our world this past month or so.  When I first heard about COVID-19 was when the cases first came out in Italy. I did not think much about it because I thought ‘oh a virus in Italy can not possibly affect the United States’ but COVID-19 has spread and has not stopped spreading.

When the virus started to expand out into other countries people started to take more precaution and started to cancel all different types of events.  When I knew that the virus really was a problem and I should start to worry about it was when I was watching the NBA one night and there was breaking news that Adam Silver, the Comminishner of the NBA, was going to suspend the season indefinitely because there were cases being confirmed of players contracting the virus themselves.  This was when I felt, personally, the virus could actually start becoming a massive issue because when I first found out about COVID-19 I did not want to listen to the media, when they would say that people who are generally healthy are way less likely to pass away. I think of myself as a healthy man so when I was those basketball players starting to contract the virus it really showed how serious COVID-19 actually was.

To wrap things up, I believe that with COVID-19 affecting everyone and how the new we are all going to have to adjust to the new way of life which is social distancing.  I think over the past month or so I have found myself using social media a lot more than I usually do because of all the free time that we have now. I have tried my best to stay away from COVID-19 news because I have seen and heard so much about it lately and am kind of sick hearing all of it.